How to make staff love your new software 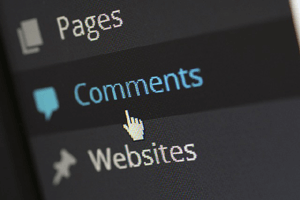 It’s been months if not years coming. Finally the new software arrives and its reception is a bit… lukewarm. How could staff not be happy about something guaranteed to make their work easier? Who wouldn’t want to adopt a cloud app with open arms, or be first in line to test a revolutionary new tool that will reduce a 116-step accounting process to a 10-minute filing system?

It’s simple: many of us resist change; few like to learn new things (especially when it comes to IT) and everyone likes to be shown what’s in it for them. So how do we get past that to the fun part? Here are some ideas to get your staff on board with your new software from day one:

Tell your staff about it!

How many people know there is new IT on the way? Of course there’s a business to run and work to be done, but it’s no use expecting your staff to be excited about a new piece of software if they don’t know the why, how, where, what and when of the business decision.

Take the time to explain the decision, including how the new software will benefit the company, and, importantly, how it will benefit staff – whether that’s by making a cumbersome process much quicker or streamlining a number of odd tasks into a single program. Let them know when it’s due to arrive and reassure them that they will be given full training and support.

You could do worse than ask the Marketing Team to hype up the coming software introduction, too. The important thing is to get everyone involved and ready.

In an ideal world, ahead of speaking to your developer or supplier, you’ll get feedback from regular users of your existing software into the problems they encounter with it, so you can make sure at least some of them are addressed in any new software you buy. After all, it’s the people on the floor who are most likely to know both its strengths (which you can consider replicating) and major flaws.

This should also help with getting buy-in from employees as it shows you’re listening to them and value their feedback. If it’s not possible to address all of these – and often it’s not based on the 80/20 rule, below – be prepared to explain that while you did listen to feedback, fixing problem Y was not possible because of time constraints or budget, etc.

Forbes recommends using the 80/20 rule when it comes to selecting new software. Since 80 per cent of your results will usually be driven by 20 per cent of the functionality and features of the software, focus on that 20 per cent and the developer or supplier will do likewise when weighing up construction and costs. It’s the basic applications that count here; the other add-ons are closer to bonus material than you think. Anything that makes people’s jobs easier without disrupting their workloads is a sure winner, and simpler, more intuitive software is too.[Tweet “Get feedback from regular #users of your existing #software into the problems they encounter with it.”]

As well as testing the new software on a few key users who can act as torchbearers when it’s time for deployment, it’s worth letting staff know that there will be plenty of support on hand if they need it. If staff feel pressured and rushed to learn how to use software, they’ll end up stressed and more likely to resist getting to know it.

By putting a software super-user in place, people will understand there is ample help along the way as they get used to it. This will give them the courage to try (and fail) as they get to grips with unfamiliar processes and layouts. You may also like to present the training in several ways to accommodate users’ different learning styles, and address the software needs of different users, their individual questions and areas of weakness.

If possible, it is also highly beneficial to introduce a new system or software in stages. By gradually implementing a system, employees can learn it at their own pace rather than get frustrated in the face of a looming deadline. Don’t hand it over all at once for staff to ‘try’. This is bound to fail, and as Novel Cool Solutions states, an ungenerous way to introduce software that exists primarily for the benefit of an organisation rather than the individual user.

Go for outcomes not deadlines, and measure as you go

Diffuse the ticking time bomb of expected integration dates. It may be useful to have everything up and running smoothly by the end of Quarter 2, but it’s far more productive to reach for a goal instead. For example, a goal like 70 per cent competent user rate within 6 weeks (and continued progress thereafter) rather than complete integration and changeover of systems by 12th June.

Measure progress as you go: perhaps 70 per cent of your intended users are fully trained after 2 months, so you can now focus on the remaining 30 per cent and reaching that milestone in another month. [Tweet “Go for outcomes not deadlines, and measure as you go.”]

Keep staff updated and motivated, and ask for feedback

When your staff understand where the business is going with its new software they will want to move in the same direction and get there, too – especially if the change in software takes away a lot of the effort.

And don’t forget to ask for feedback. You may get some negative comments, but allowing staff to give their opinion keeps communication open and continues to involve them in the whole process. Feedback will also highlight any major problems which users encounter, and a solution might suggest itself in the feedback.

Everyone likes to be asks for their thoughts on major changes; you may not always be able to act on them, but offering the opportunity to listen is an excellent gesture.

Could your CCTV be a business improvement tool?

Here in the DCSL blog we regularly explore the world of IoT (Internet of Things) and smart hardware. This week,...

DCSL Software Proud to be Named on Clutch 1000

Here at DCSL Software, we know it can be tricky to fuel your company’s innovation process, while also creating unique,...

9 mobile apps to save your business time and money

Apps are wonderful – we know that. They can be fun, innovative, eye-catching and unexpected but many businesses don’t realise...

How to Design a Successful NFC Business Application

Do you know what NFC (Near Field Communication) is? Many of us may not be familiar with the name, but...