CatalyticsHub is a powerful new, free-to-use, real-time online tool specifically aimed at procurement and commercial specialists. The tool offers users the means to keep up-to-date with key developments across their supply base, to enable them to derive maximum value from supplier relationships. It aggregates, analyses and displays supplier information so that their users can make better informed and evidence-based purchasing and commercial decisions.

The CatalyticsHub team came to DCSL GuideSmiths with a challenge to completely re-think the original tool which relied heavily on 3rd party services and infrastructure. They wanted to create an enhanced platform which allowed them to own the analytics being visualised to their users and give them flexibility to innovate new service solutions without the limiting factor of 3rd party providers.

“We didn’t own our own technology at that point. The old platform was essentially a white-label solution which was difficult to use, and to interpret the data presented,” says Tim Czerwonka, COO and co-founder of CatalyticsHub. “It proved there was a solution we could create and a user base extremely interested in the concept, but it didn’t support our vision for the tool and allow for quickly scaling up the service to cover suppliers across the world.”

After a false start, engaging a digital product studio in Prague, the CatalyticsHub soon realised that the partnership was mismatched. To rescue the project, they approached local bespoke development house, DCSL GuideSmiths.

“Although my background makes me cynical about a lot of supplier reviews, I felt confident about partnering with DCSL GuideSmiths as they had consistently received strong feedback on Clutch,” Tim says. “Separately, they had also been recommended to one of the other founders.” 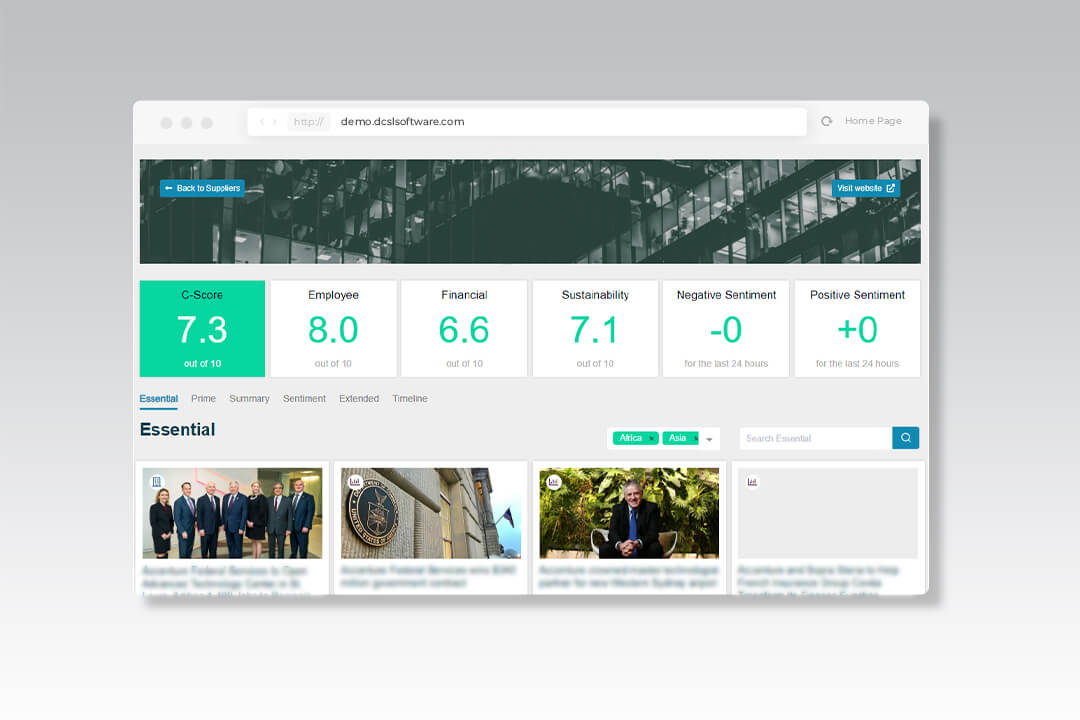 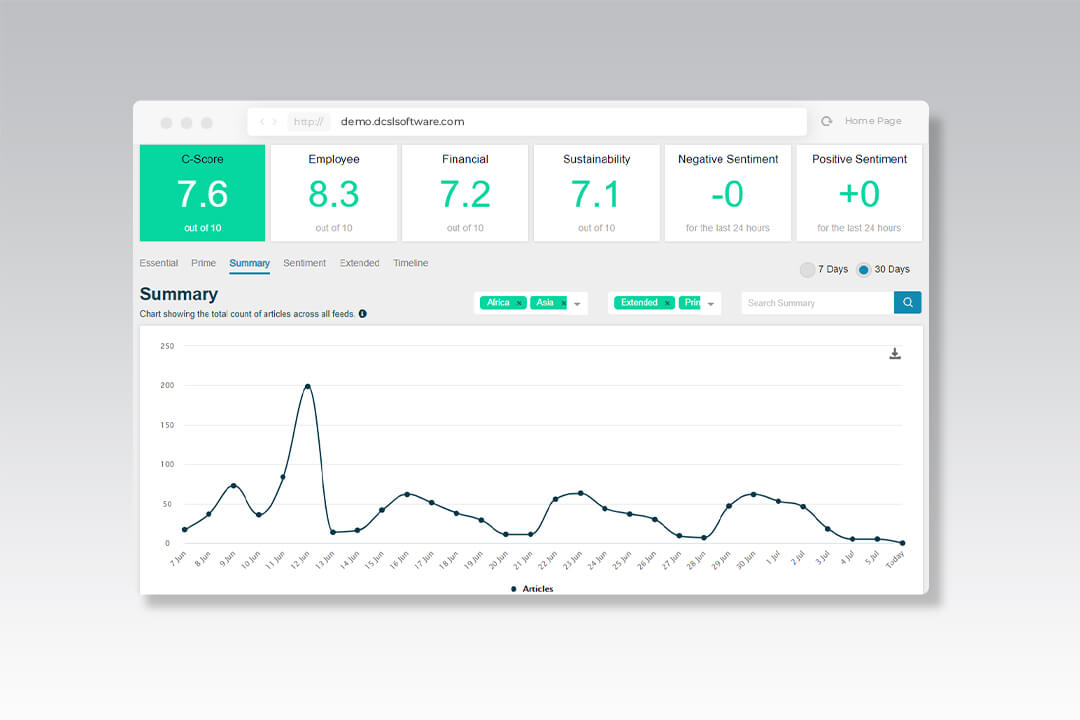 For the purposes of speed to market, Catalytics Hub decided to start by creating a Minimum Viable Product, drawing on the existing third-party data platform, but pulling supplier data into a new flexible database of its own. DCSL GuideSmiths built this using Cosmos DB, Microsoft’s noSQL database for Azure. This is ideal for capturing large and diverse data sets, and allowing contents to be searched and extracted quickly and easily, without the need for the originating data to be fully structured.

CatalyticsHub’s data science team writes the algorithms that continuously monitor data feeds about industries, suppliers and trends, which the DCSL GuideSmiths system can aggregate, analyse and present to users as real-time supplier intelligence, for them to make decisions in real-time.

“The new system pulls the supplier data from our infrastructure, updates it in real-time, tags this according to the news source, location, date and time of publication, and sentiment analysis, and – via an API layer – presents this in a clean and graphical way to users in a modern front-end that DCSL GuideSmiths has created,” Tim explains.

“This was Phase 1. The next focus is to increase the data points and the sources we ingest and, at the front end, make it even easier for users to compare on contracts suppliers at a glance.” he adds.

DCSL GuideSmiths will be integrally involved in all of this, transforming the user experience – so that, whether users are engaging with the tool via desktop systems or mobile devices, they can quickly access the intelligence and insights they need about the suppliers they are considering and comparing.

“We want people to be able to personalise their tool, see their suppliers quickly and be informed about key developments as they happen.” Tim says. “We also envisage having easily-digestible timeline-based views, so users can quickly assess suppliers’ relative performance and industry feedback over the last six months, and so on. There is so much potential which DCSL GuideSmiths can help us to realise.”

From the initial proof of concept, DCSL GuideSmiths quickly proved an ideal choice of partner for CatalyticsHub. As the two companies are located just a stone’s throw from each other in central London, face-to-face meetings have been easy to organise. “We’re in St Paul’s and they’re just 10 minutes away, so if I want to see them I can just walk over the bridge,” Tim says.

Tim also takes part in all of DCSL GuideSmiths’ daily ‘scrum’ meetings, where the team reviews progress and feedback from the previous day, and refines the plan for the day ahead. “The ability to create a collaborative environment so we’re all ‘one team’ has made all the difference,” he notes. 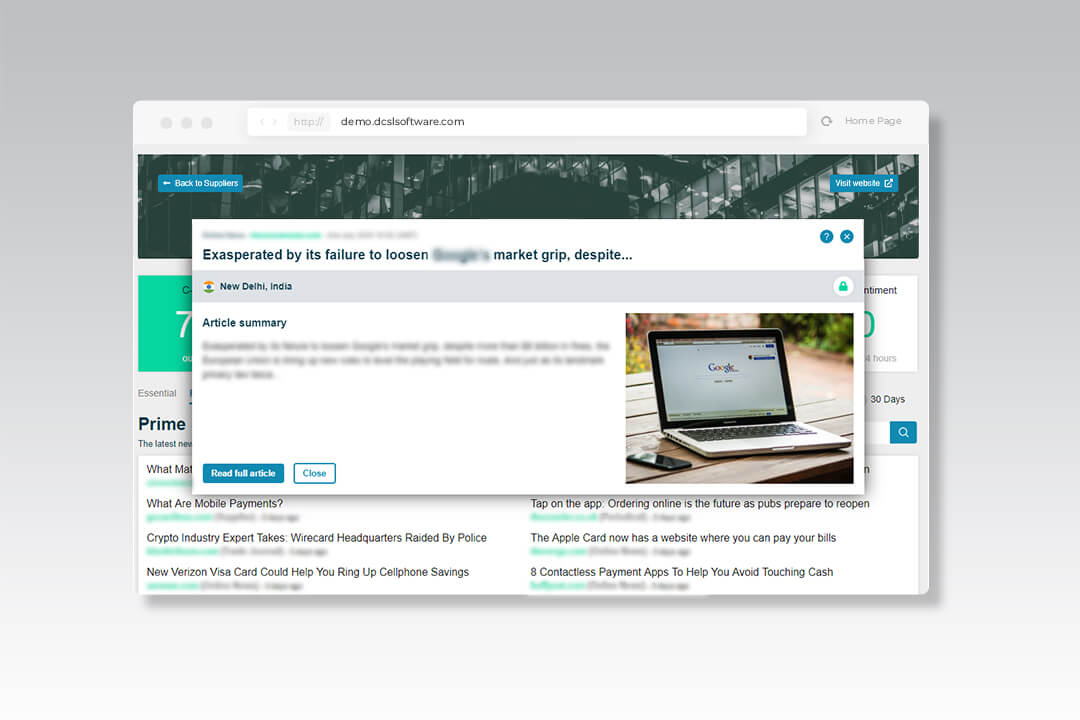 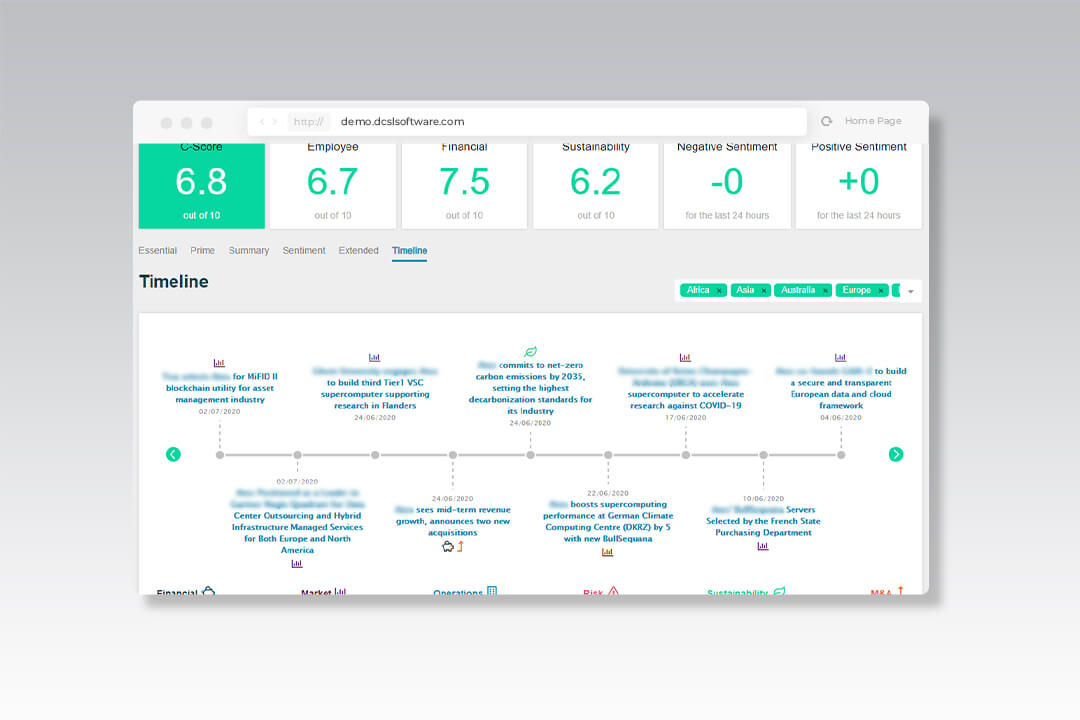 “DCSL GuideSmiths don’t just talk about Agile practices: they genuinely live by them,” he says. “For example, they appointed a dedicated ‘Scrum-master’ – someone who can push through sprint calls in a few minutes to finalise the product. They’re also highly responsive and adaptable. That’s quite a rare thing. At a lot of companies, ‘Agile’ doesn’t work: teams don’t want to be on call or be flexible. DCSL GuideSmiths is the best company I have worked with in this respect. They’re readily available and always happy to take on board suggestions.”

Commercially, DCSL GuideSmiths’ work is critical to Catalytics Hub’s client proposition. “It’s at the very core,” Tim says. “This is the main product we’re delivering to our users, as we continue to build this out with new data sources; create new data tables; and continue to develop a powerful, customised proposition which is visually enticing. It will be transformational for our users clients: the potential is vast.”

At a lot of companies, ‘Agile’ doesn’t work: teams don’t want to be on call or be flexible. DCSL GuideSmiths is the best company I have worked with in this respect. They’re readily available and always happy to take on board suggestions.

Want to learn more about how a customer portal could benefit your business?

Our experts can create bespoke customer portals to meet your requirements